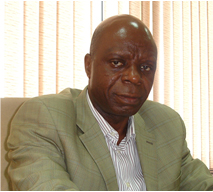 Chairman – Board Of Trustees

He proceeded on overseas assignment to Shell Expro, Aberdeen in 1991 where he worked as a Well Technologist and later as a drilling supervisor on Mobile Drilling Unit. On return to Nigeria, he was posted to Human Resources to Head Estate Services in 1995. Back to Well Engineering in 1998, he became the Senior Well Engineer and then after, Head Well Technology and Specialist team. During this period, he was also a member of the Global Wells Rig Contracting team.

Isaac was appointed to lead the newly created Completions and Well Intervention department in 2005. First challenge was to model the discipline after the Well Engineering competence developments and certification framework and integrate the new department. As CWI manager, he was also member of Global wells Discipline team. Isaac led the embedment of Well Integrity Management System in Shell Nigeria. He was also in charge of management of incidents of wellhead fires/blowouts.

Promoted to General Manager, Wells in 2011, a position he held until retirement in July 2017. During this period, managed growth in rig activities with challenging increase in social/security issues in the Niger Delta; contracted a HPHT rig and completed a campaign of three HPHT wells; established and maintained a well abandonment and decommissioning team. A member of Global Wells Activity Leadership Team that co-ordinate the Wells discipline matters across the globe. As a member of SPDC Nigeria leadership team, sat in Decision Review Boards that consider and approve development projects across board from initiation/planning through investment and delivery. Also, as Senior Management team member, part of management of corporate wide matters of organization, people, HSE, Joint Venture and Co-venture management.

Isaac is a member of the Society of Petroleum Engineers and serves as BOT member of IADC Nigeria. He is a member of Board of Directors of two Oil and Gas Service companies – Owel-Linkso and Melvon Nigeria Ltd. Isaac is currently Executive Director of Palm Kernel Oil and Cake producing company – Ufaini Ibom Processing Limited. 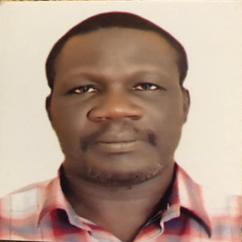 Member – Board Of Trustees

Adeniji Ramoni Akanji graduated with a B. Sc (Hons) in Petroleum Engineering from the University of Ibadan in 1986. He did the mandatory one-year NYSC in Kaduna State and later at the NNPC Petroleum Resources Department (now Department of Petroleum Resources-DPR) in Port Harcourt Rivers State. He gained employment as a Tool Pusher Trainee in Saipem Nigeria Limited, a subsidiary of the Italian Eni Group on 1st March 1988. He worked in various positions in the company both on land and offshore rigs and later in the office overseeing several of the rigs. His work experience took him outside Nigeria to Republics of Congo and Gabon. He had series of trainings both locally and abroad in the course of his employment until 29th February 2016 when he retired. He was the IADC Director for Saipem during the inauguration of the Association and a member of the committee that registered the Association with the government. He has been a member of the Board of Trustees (BOT) till present. He is presently into consultancy. 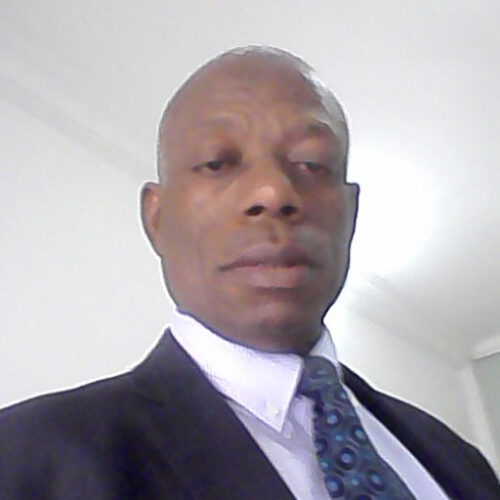 Member – Board Of Trustees

Ben is a well-known figure in the drilling industry in Nigeria. He is a highly motivated, vastly traveled and adaptable Oilfield Specialist with over 38 years of Oil Industry experience. He has vast drilling rigs management experience mingled with Human Resource management, Training and HSE Coordination. A Nigerian by birth, he has a wealth of international and local experience in the drilling business.

He graduated with an honors degree in Electromechanical Engineering from the University College of Swansea in Wales, United Kingdom in 1978.

After graduation he worked for 2 years as a Design/Development Engineer with an electromechanical component manufacturing company (Pye Electrodevices Ltd) in Newmarket, England, United Kingdom.

In October 1980 he joined the French Drilling Company, Forex Neptune (Later to be known as Sedco Forex Schlumberger and Transocean) as a Drilling Engineer Trainee. A company he worked for in various capacities till 1999.

After the initial rig-based training, he became an office-based Rig Manager starting with land drilling rigs in Nigeria and Oman and then offshore and Swamp rigs in Malaysia and Indonesia.

He then managed drilling rigs operations in Oman, Pakistan and Libya before returning to Nigeria in 1990 as the Base Manager of the Warri Base of Sedco Forex Schlumberger.

Thereafter he was made the Human Resource Manager for Sedco Forex Nigeria for 4 years before returning to operations as shore-based Rig Manager and country Manager in Tanzania, Indonesia and Singapore.

On his return to Nigeria he worked with Ciscon Nigeria limited as Base Manager in 2001/2002.

Between 2002 and 2006 he worked with Shell Nigeria in the Well Engineering Training Centre as a Training Adviser, an Instructor in Well Control (IWCF) and coaching of Well Engineers for the Shell Round 1 and 2 examinations. He was later moved to the QHSE function in the Wells team as HSE Adviser.

After a short stint in Saudi Arabia as a Rig Manager, he returned to Nigeria in 2006 as the Operations Manager of an indigenous drilling company owning 2 Swamp Rigs (Frazimex Nig. Ltd.) for 2 years.

He went from there to become the General Manager of another indigenous drilling company (Lonestar Drilling Nig. Ltd.) in 2008 and from 2010 to early 2013 was the Executive Director Operations for the same company.

He was thereafter the Managing Director for Donos Engineering Nigeria who provided Drilling Services to the industry.

From 2015 to 2018, Ben was the Director Operations for SpringRock Energy, an Indigenous Oil & Gas Energy Solutions Provider with a global vision. He is currently the Director Integrity & Sustainability for the same company.

He was a founding member of the Nigeria Chapter of the IADC (International Association of Drilling Contractors) and currently a member of the board of Trustees. 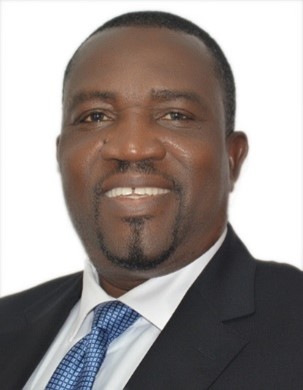 Member - Board of Trustees

A seasoned oilfield professional who has worked with Schlumberger, Transocean and Oando in many countries occupying numerous roles over a career which has spanned three decades.  His wealth of operational and management experience has given him exposure to all classes and specifications of drilling rigs and associated oilfield services.

He was appointed as the Managing Director of OES Energy Services Limited in 2011 and under his leadership the company has achieved significant milestones in Operations, People development and HSE. He is a Petroleum Engineering graduate from the University of Port-Harcourt.

Dele is a member of the Institute of Directors and an alumnus of the Global CEO Program of IESE Business School.